Pet in the cabin of the plane: What are the rules of this mode of boarding?

Traveling with the pet in the cabin of the plane is possible, however there are a series of rules of the airlines so that the boarding is allowed.

In addition to the necessary documentation required by airlines and countries, if you are planning a trip with a pet in the cabin of the plane, you must pay attention to the requirements.

Although some animals are considered small, if they exceed the regulated measurements or weight, shipment will not be allowed.

In addition, some breeds of animals cannot travel in the cabin of the plane, as they are considered “dangerous”.

Now, if you want to know if your PET is within the allowed rules, keep reading this article that PETFriendly Turismo has prepared for you!

What are the basic rules for a PET in the cabin of the plane?

Most airlines allow the transport of animals in the aircraft cabin, as long as they are small and over 4 months old.

Dogs and cats must travel inside a clean, safe kennel under the seat in front of them.

Although the documentation is practically the same for all companies, they have specific requirements regarding the weight and size of the box.

As a rule, each customer has the right to take only 01 (one) pet in the aircraft cabin.

On board, up to 03 (three) pets (dogs and cats) are allowed per flight, provided they are over 4 (four) months old and are transported safely and in the permitted kennel.

The total weight (animal + box) varies according to the airline, being from 5 to 10 kg maximum.

The animal must be clean, healthy and free from unpleasant odors.

Children under the age of 16 cannot board as a guardian of the animal without an adult companion.

Which box is suitable for the PET to travel in the cabin of the plane?

This is the main question that arises in tutors who need to travel by plane with their PET, what is the carry-box which one to choose?

There are several brands in the transport box market, but not all of them follow the standards established by the IATA (International Air Transport Association).

The transport of pets by air is not so simple and even some brands that claim to be within the rules of the IATA can be barred by the airlines.

Then it is very valid before making a purchase of the transport box, check with the airline its acceptance.

Regarding the decision between a rigid or malleable box, the choice must be made according to each type of animal and its adaptation in the kennel.

If the animal is already adapted in a rigid box, whether to go to the Pet Shop or on some car trips, it is interesting to keep the standard.

As the weight accepted in the cabins varies between each airline, and the weight calculated for acceptance is the animal + box, the malleable one is lighter.

So, in case the animal is already close to the accepted weight limit, it is better to opt for the softer crate that is lighter.

During the flight, what are the rules in the plane’s cabin?

There are several situations that keep pet tutors awake at night, but with proper planning, situations do not get out of control.

Check out our tips below:

1. Can the animal be removed from the carrier?

No! Unlike emotional assistance animals (ESAN) or service animals (SVAN) that do not need a kennel to travel, the mode of transport in the cabin requires the animal to remain inside the box throughout the flight.

However, this may vary depending on the passengers next to the seat and the flight attendants.

If the animal is not agitated, disturbing no one, it is totally understandable that he can, even for a few minutes leave the box to have a sense of freedom and contact with his owner.

However, we must emphasize that by the established rules this is not allowed, and in case anyone questions it, the best thing to do is to apologize and put the pet in the box immediately.

2. If the dog pees and poops, how to proceed?

To ensure the well-being of your pet during the trip, it is important to have a wet tissue and bags on hand for such situations to carry out the cleaning of the kennel, the animal and the aircraft itself, if necessary.

For this reason, it is not recommended that the animal eat a lot before a flight, to avoid nausea and not to relieve itself during the journey.

The same applies to the animal’s hydration, controlling the amount of water ingested, reduces the chance of urinating.

But never fail to provide water, as this will make the animal dehydrated.

We recommend covering the internal floor with a material that contains and absorbs urine and feces, preventing leakage during transport, such as a sanitary mat.

3. Where should the box be transported?

The pet should be just below the seat of the armchair in front of you. It is not possible to carry it on your lap during the flight.

They must be transported in window seats, except for seats near emergency exits.

So, in general, rigid boxes should be 22cm high, 32cm wide and 43cm deep, depending on the airline’s requirements.

The malleable (flexible) transport bag, on average, is 25cm high, 32cm wide and 55cm deep. These measurements vary according to each airline.

Usually airlines only allow pets in the cabin in economy class. In business or first class, pets are not allowed.

4. Remedies to calm the animal

This is one of the first things that comes to mind for a tutor who needs to travel by plane with his pet.

However, in addition to being prohibited, the tutor can put the life of your 4-legged child at risk.

This is because the medication can cause circulatory problems or change the animal’s heart rate.

So sedating the animal is not an option that we use here at PETFriendly Turismo. We believe that the preparation and adaptation of the animal is the most important factor in traveling with a pet on the plane.

Even on trips with the pet in the cabin, adapting the animal to busier environments, with more noise and even staying inside the carrier for a longer period than the trip to the vet is extremely important.

5. What if the dog barks too much during the flight?

This is a factor that causes a lot of concern

in the days before a plane trip. “..and if my little boy starts barking too much, what will happen?”

Before boarding, if the animal is too agitated, it may be prevented from making the trip.

For this reason, we recommend that the trip be planned well in advance, so that the pet has enough time to get used to the idea of ​​staying in the carrier.

Other than that, start taking him for a ride inside the box, or even going to some places with people moving, so that the animal understands that humans will not bring him danger.

This way, on the day of the trip, the pet will be used to the movement of people around, and will not be agitated.

During the flight, if the animal barks, try to calm it down with a treat or toy.

Only in extreme cases, such as animal attacks against passengers or crew, can the animal and the owner be kicked off the flight.

Best way to ensure a smooth and safe journey for your PET.

Always take your pet for a veterinary evaluation and perform some routine exams, this way you will be able to certify about the animal’s health.

Get ready! Don’t leave it to the last minute… A trip planned in advance is a great way to ensure the success of the trip.

In addition to the documentation necessary to travel with the dog or cat by plane, also have contact with clinics and veterinarians at the destination.

Now, if you need documentation and veterinary services or need to hire a carrier, contact one of the professionals at PETFriendly Turismo.

What you can read next 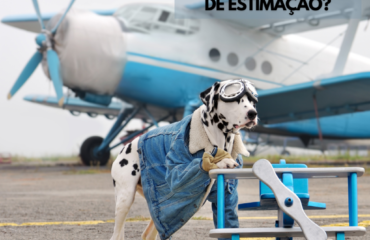 Is it dangerous to travel by plane with animals? Tips to make life easier for you and your PET 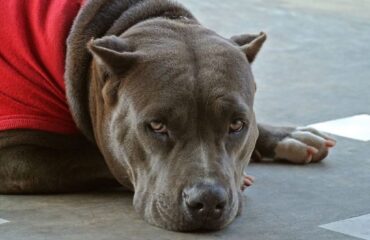 Dangerous dog breeds – How to travel with them? 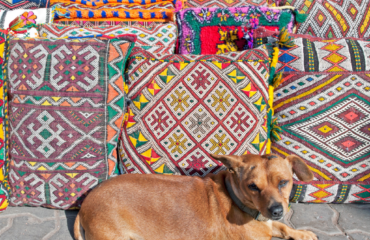 How to travel with animals to Morocco: Top tips for a smooth trip

PETFriendly Turismo wants to hear from you!

Our team is available to better serve you, solving all doubts and providing the best support.

If you prefer, you can call or email us too.

This website uses cookies to improve your experience while you navigate through the website. Out of these, the cookies that are categorized as necessary are stored on your browser as they are essential for the working of basic functionalities of the website. We also use third-party cookies that help us analyze and understand how you use this website. These cookies will be stored in your browser only with your consent. You also have the option to opt-out of these cookies. But opting out of some of these cookies may affect your browsing experience.
SAVE & ACCEPT