Here you can enjoy the moment of your dreams with everyone you love!
​
Our mission is to provide unforgettable moments for you and your family in the company of your pet, regardless of the destination you choose, with the comfort you deserve.
​
Our vision is to be a reference and leader in the area of animal tourism, developing the relationship between the tutor and his pet, improving the quality of services offered to them.
​
Our values are

4 reasons to choose us

Support before, during and after the trip

Thor is an 11-year-old Beagle, very pampered, loved and excited, who loves to discover new places. You hear the phrase: "LET'S WALK?" lifts its tail from the white tip, lifts its ears, gives you a look exactly like the picture on the side and is ready for any ADVENTURE. Ready with his collar, he wants to know and explore everything around him. Rain or shine, he is always available for any outing with your family. He is known as the "KING" of the house and is the motivation for the founding of this company and the idealization of this project. 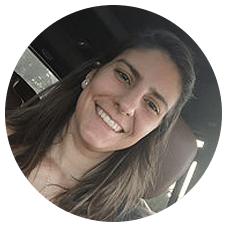 Juliana is Thor's tutor. Veterinary doctor and Master in Animal Science, graduated from FMVA-UNESP in 2011. She lived in Araçatuba (where she won her faithful companion in 2007), in Spain and Canada to complement her undergraduate and graduate studies. Pursuing her professional dream, she lived in Texas, United States for 3 years, where she worked in a multinational in the area of animal reproduction. But for several reasons, including fear of transportation and the amount of working hours, she decided to leave her 4-legged best friend in Brazil with her family, with a feeling of guilt in her heart. To kill the longing, she spoke to him daily on Skype. From the countries where she lived and from the trips she took, she found her great passion: KNOWING THE WORLD with all its cultures and diversities. She decided to return to Brazil in search of her personal HAPPINESS and now she has combined the dream of working with animals with her biggest hobby: tourism.

"Friend, affectionate and always very attentive to my pets."

"With your dedication and attention, our trips will be much more fun with our four-legged companions."

"I can't think of a better person to take care of your trip and your pet."

"I was satisfied with PetFriendly's service. Very attentive and whenever I needed they were ready to clarify. They did all the necessary procedures until the purchase of the tickets and the boarding of the dog. They are to be congratulated!"

"You can't imagine the difference that Belinha's presence here in our house in the USA will make in my son's routine and life. Belinha will bring us a lot of joy, especially for my son Victor, who misses her a lot. Once again thank you very much for your commitment and dedication so that the documentation and Belinha's departure could be authorized."

You are wonderful and very thoughtful. I trust with my eyes closed!! Thanks for everything.

"Thank you so much for your attention, affection and care."

"We both thank you for all the support Ju! I can't even imagine without PETFriendly Turismo with us on this one… Thanks to this wonderful company, everything went well!"

"Awesome work, Ju! Only I know how hard it was to bring my trio here. Congratulations."

PETFriendly Turismo wants to hear from you!

Our team is available to better serve you, solving all doubts and providing the best support.

If you prefer, you can call or email us too.

This website uses cookies to improve your experience while you navigate through the website. Out of these, the cookies that are categorized as necessary are stored on your browser as they are essential for the working of basic functionalities of the website. We also use third-party cookies that help us analyze and understand how you use this website. These cookies will be stored in your browser only with your consent. You also have the option to opt-out of these cookies. But opting out of some of these cookies may affect your browsing experience.
SAVE & ACCEPT